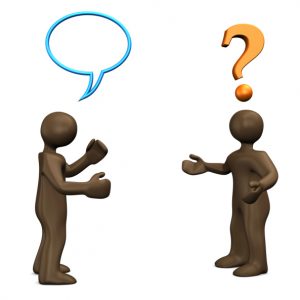 Several of our clients have difficulty speaking and understanding English. Some of our older clients have never received a formal education and cannot read or write. Some younger ones speak very broken English as well (especially refugees and those coming from rural parts of the subcontinent). Even among those who are conversational in English, we find that many are far more comfortable talking about complex emotional issues and trauma in their native language.

South Asian family customs are different from those of the West. The rules of engagement, marriage, and child-care are so complex that for a Western practitioner it can be almost impossible to recognise the underlying significance of a particular attitude or the traditions dictating behaviour. Because our counsellors have lived experience of these cultural norms, values and customs there are fewer risks of misunderstanding and issues being lost in translation. Thus the counselling sessions are conducted more efficiently and sensitively. 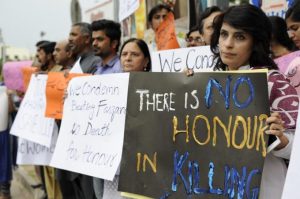 South Asian individuals and families are often reluctant to access NHS and other mainstream services due to the social stigma around mental health and relationship counselling and the belief that certain issues should not be spoken about for fear of bringing shame to the family’s name. When AFCS began, there was a widespread belief that it was not acceptable for public officials such as the police, teachers, health professionals and social workers to interfere with cultural and religious traditions. This attitude was exemplified by a “no questions asked” approach when girls were unexpectedly taken out of school or women presented themselves at their GPs or hospitals with signs of physical abuse. AFCS has striven for three decades to dispel such myths amongst the community and our counsellors are often better placed to approach sensitive issues without the fear of breaching social or religious taboos. 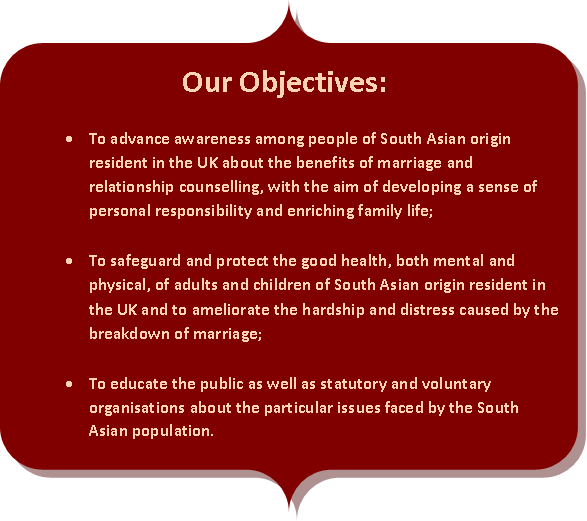